Hear the piano like never before. Performing on our highly acclaimed Silent Piano - a true acoustic piano with our pioneering Silent Technology - only by listening through the wireless headphones provided will you be able to hear the playing of exceptionally talented Jazz pianist Tomasz Zyrmont.

One of the UK's most dedicated Jazz pianists, Zyrmont's concerts are even more immersive with Silent Technology allowing you to forget the outside world.

Whilst the performance will be 100% Zyrmont, the sound you'll hear is that of the world-class CFX Concert Grand - a grand piano 19 years in the making with stunning clarity and pureness of tone. Places are limited and sure to fill up fast; book your free place now to avoid disappointment. 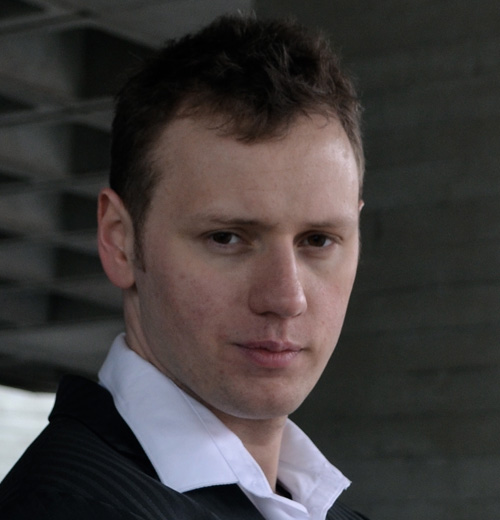 In 2011, he formed the Tomasz Zyrmont Trio, which was invited to perform at the Embassy of the Rupublic of Poland for the closing reception of London's Polish Presidency of the Council of the EU. Groove Razors, his quintet, produced their first cd in 2010; an album which showcased all his original compositions. This material has been broadcast on many radio stations including: Jazz FM, Polish Radio London, Belgrade 202, Resonance FM, RMG FM, Diverse FM, Peterborough FM, Near FM Dublin.

Zyrmont has performed concerts at a wide variety of venues in his native Poland, and also the United Kingdom (where he now resides) and Germany, USA, France, Belgium, Luxembourg, including the Embassy of the Republic of Poland in Brussels, the World Travel Market in London, Ronnie Scott's, Boisdale of Canary Wharf, Yamaha Music London, the Tate Modern, the Devonia Concert Series in London, LuxExpo in Luxembourg, and Blueboat Jazz Festival in Germany. Tomasz has also been invited several times by the Union of Polish Students to perform at Oxford University.

Tomasz is the founder member of ZyrmontArtz.