No other instrument offers the range in dynamics and expression as the piano. From the awe-inspiring immersion of a concert grand to the uncanny recreations of multiple pianos and instruments by our Clavinova models, learning to play piano unlocks a world of musical possibility. Suitable for all ages, join piano teacher Soner Ersen for a 30 minute one-to-one lesson. 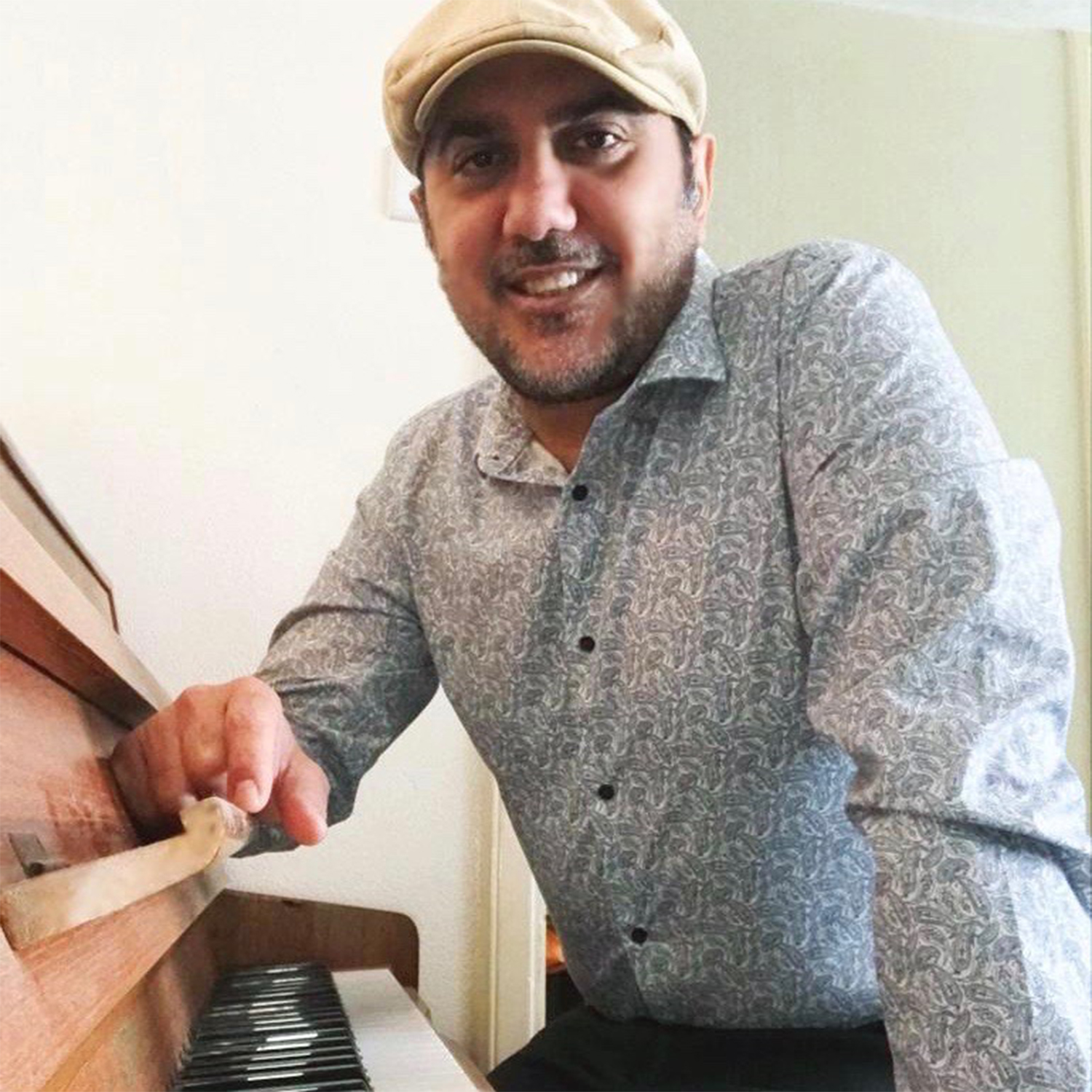 Soner Ersen is a London based jazz pianist and an educator. He has been taking part in various projects as a pianist, keyboardist, composer and educator.

He obtained his BA Honours in Jazz and PGCE in Music at Middlesex University. He has worked with UKâs leading jazz performers and educators.

He teaches music at primary and secondary schools in London. He also teaches privately face-to-face and online worldwide.

The trumpet is the highest pitched and most popular instrument in the brass family. Suitable for all ages, join piano teacher Junior Nascimento for a 30 minute one-to-one lesson. 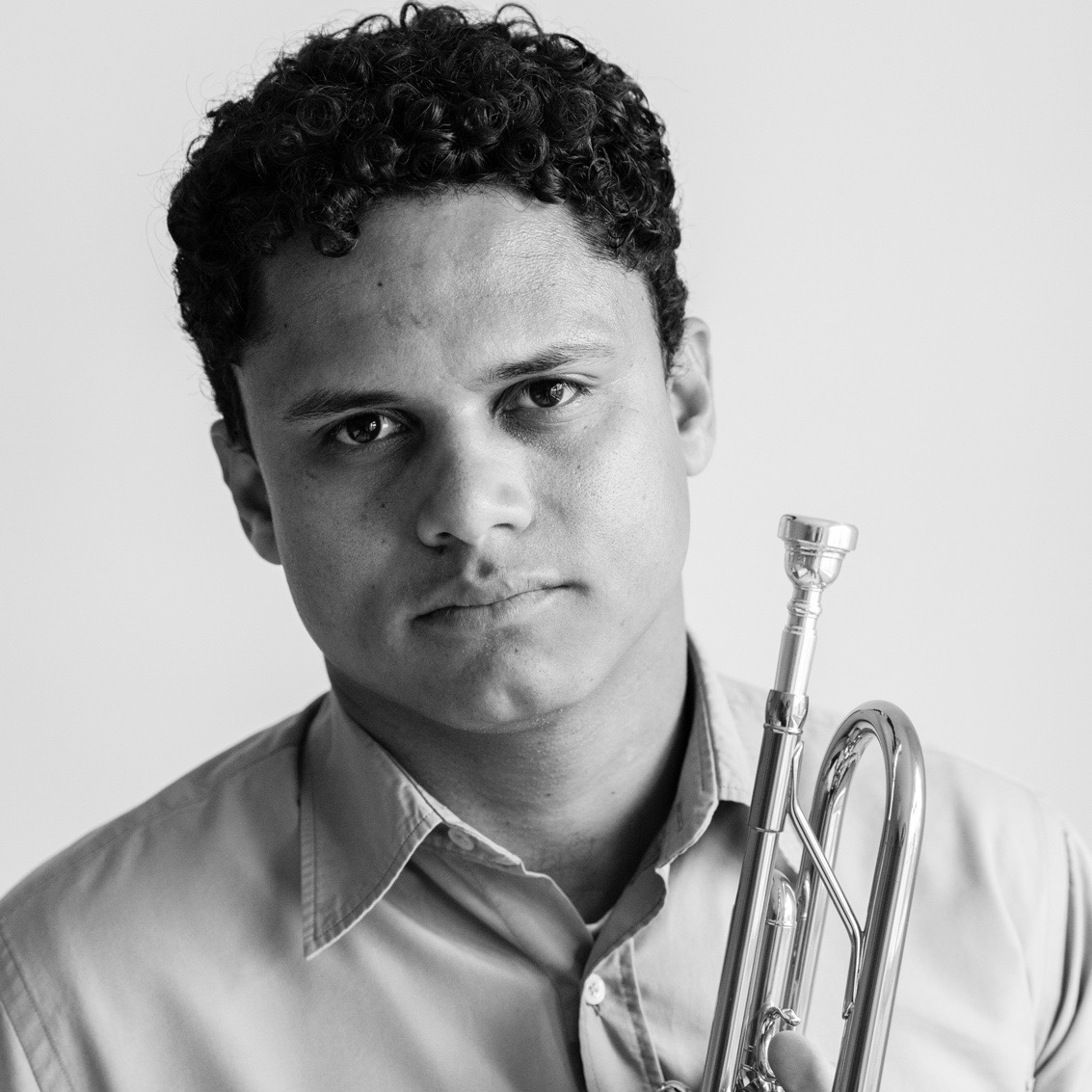 Junior Nascimento is a professional trumpet player and a teacher. He started to work both as performer and teacher after completing his Post Graduate diploma and Masters at Royal Birmingham Conservatoire.

He has performed in numerous well known venues and events including TV shows The One Show, The Voice UK, Songs of Praise.

Junior also has performed for Her Majesty Queen Elisabeth II. He still teaches in London.

There are well-documented benefits to playing drums - numerous studies have linked drumming to reductions in stress, increases in health and fitness and it can open up many social - and professional - opportunities. Above all however, drumming is great fun and - thanks to our DTX Series electronic kits which work with headphones - easily done in a bedroom or living room without disturbing friends or family.

Suitable for all ages, let one of our top drum teachers Vinnie Reck or Felipe Drago take you through the basics in a free 30 minute lesson. 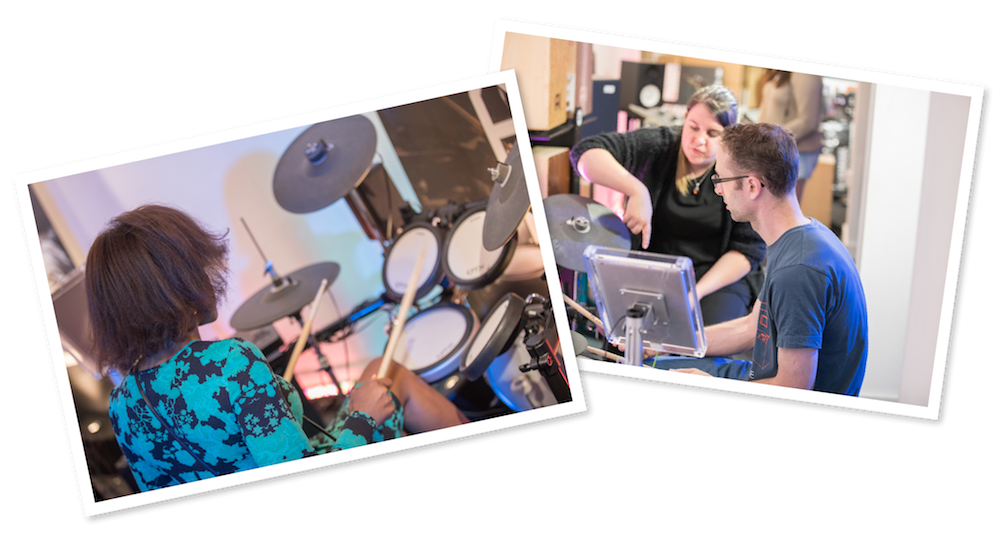 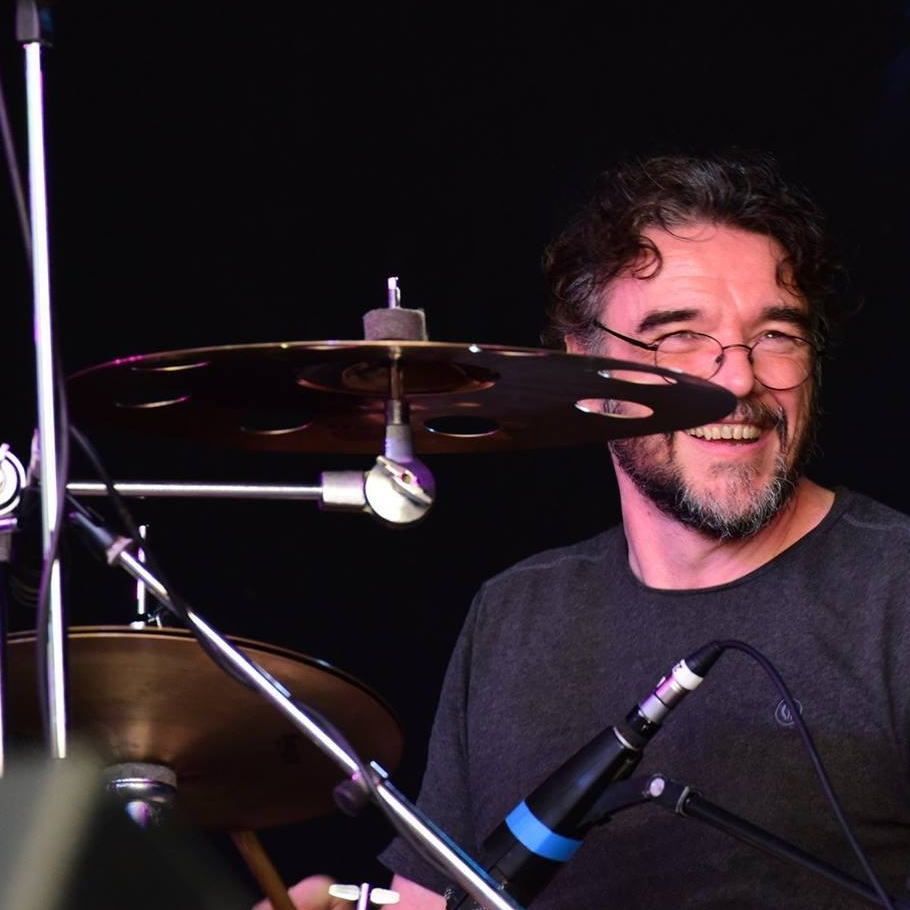 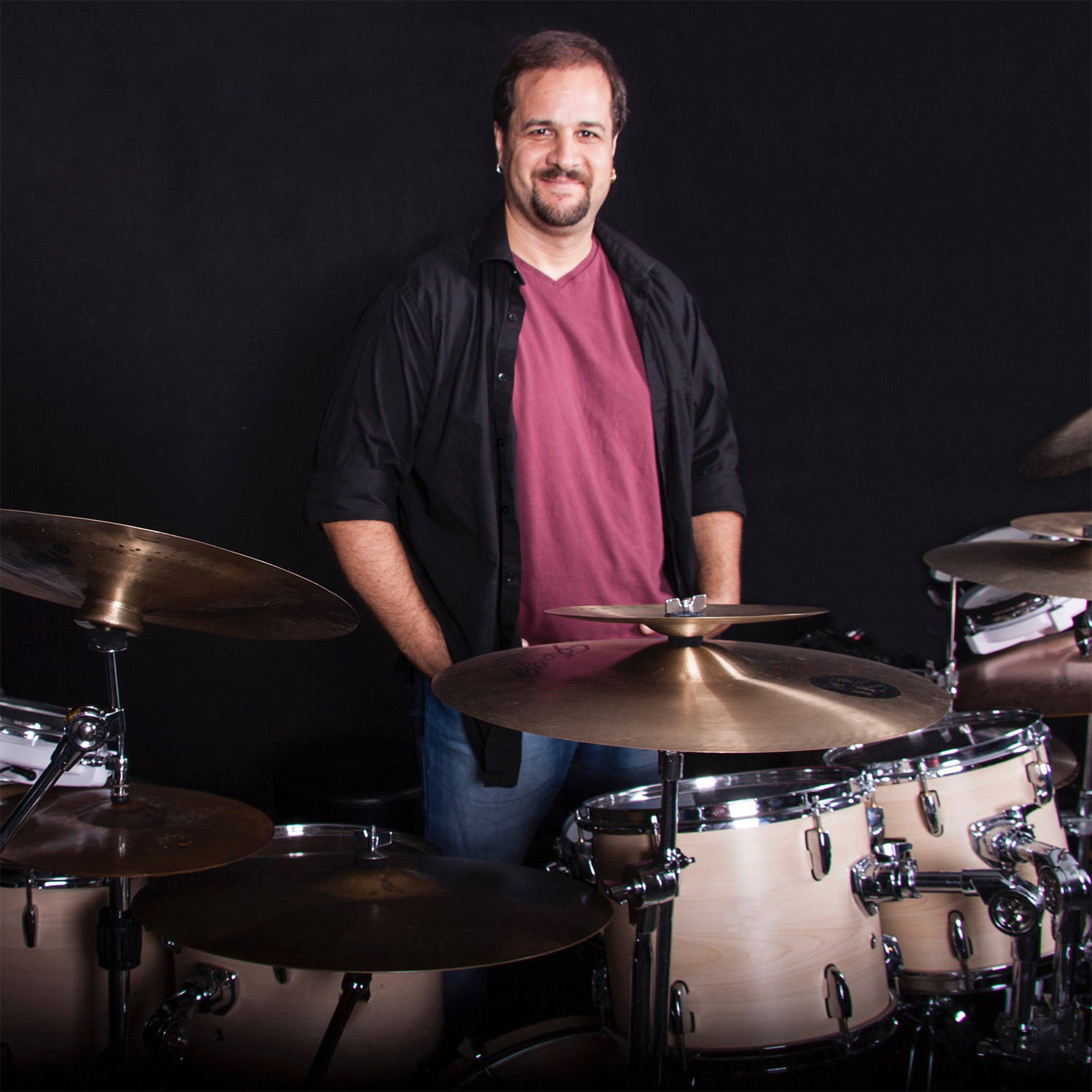 Vinnie has been playing drums professionally both live and in the studio for thirty years. He has worked with numerous artists from Shane MacGowan to Kiki Dee during those years. Vinnie is still working from his own studio in London as a teacher, session drummer, engineer and producer.

Felipe is an ATCL teacher with thirty years' experience. He studied at Musicians Institute in Los Angeles, USA and graduated in 1996.

With no other instrument can you go from leading an orchestra one day to leading a country hoedown the next. Alongside our handcrafted acoustic violins are our state-of-the-art Electric and Silent models, opening up the world of effects and amplification - and the option of practicing silently anytime of day or night using headphones.

Suitable for all ages, let top violin teacher Ben Gunnery take you through the basics in a free 30 minute lesson. 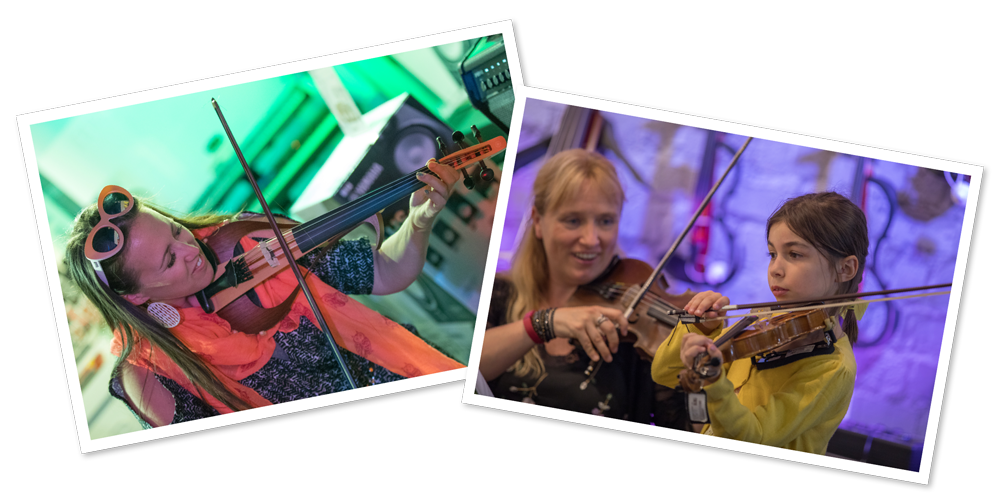 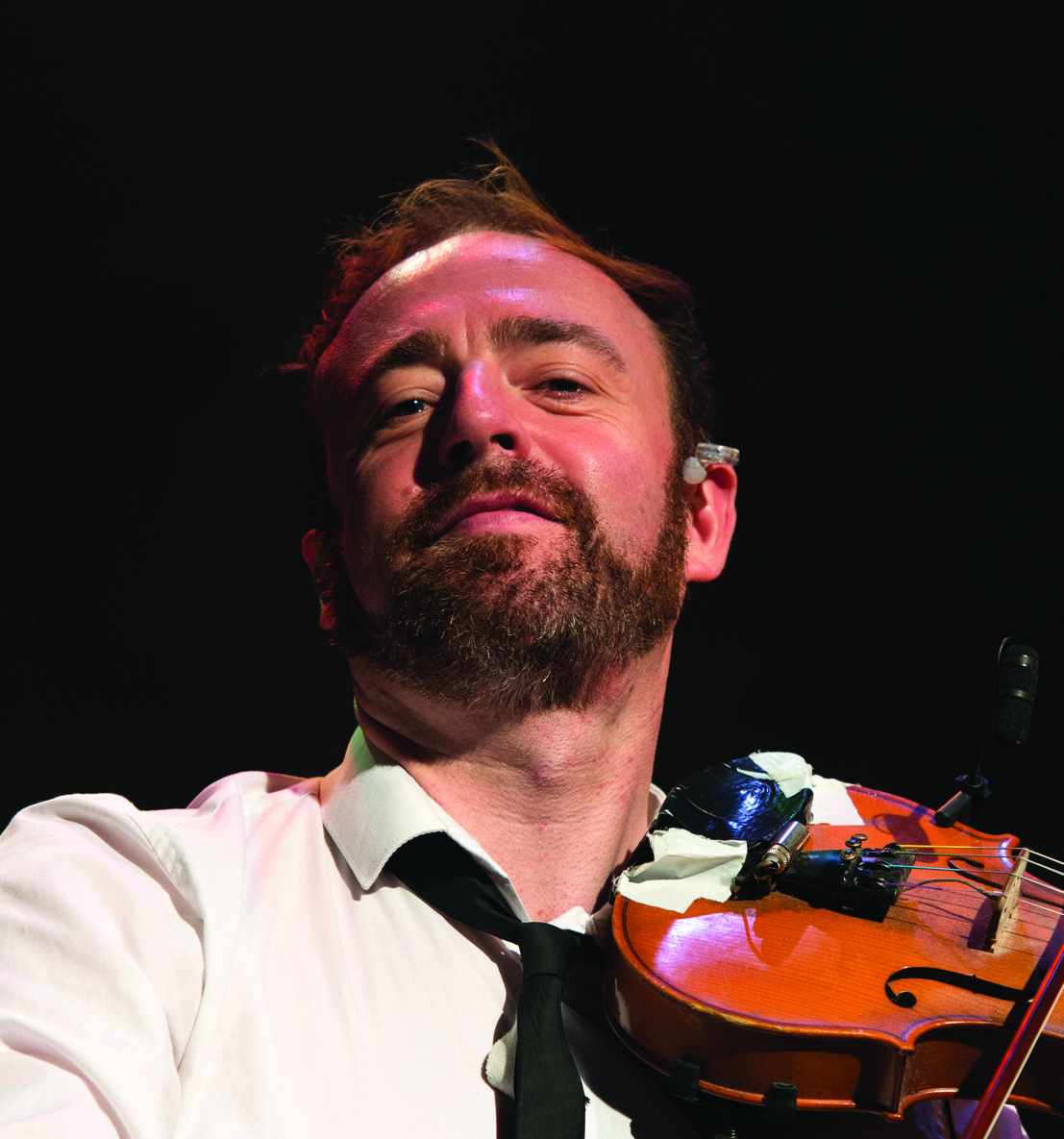 Ben Gunnery is a violinist who performs internationally and his talent can be heard on many films and TV shows like Lord of The Rings, The Hobbit, Harry Potter etc.

He played in many bands including the classical ensemble âThe Michael Nyman Bandâ and Shane MacGowan and The Popes. He is a multi instrumentalist and teaches when he is not touring.

The saxophone is such an expressive instrument, from smokey jazz and blues, to soaring classical melodies and world famous pop and rock sax riffs. Take your first steps with this iconic instrument.

Suitable for all ages, join saxophone teacher Aaron for a 30 minute one-to-one lesson. 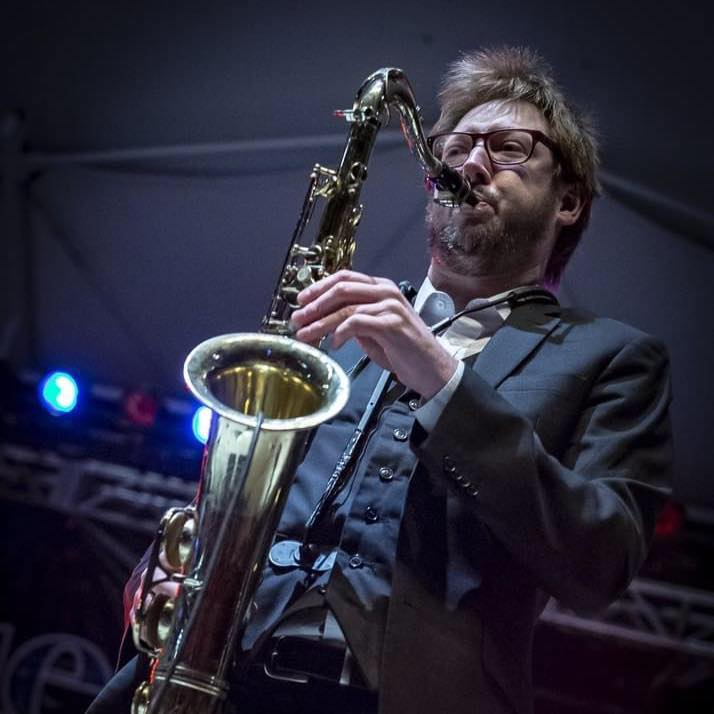 He has played in bands and collaborated with musicians including Amy Winehouse, Jools Holland, Bob Geldof, Beverley Knight and Prince.

Electric & Acoustic: No other instrument has changed and guided the course of popular music like the electric guitar. Central to virtually every band's sound since the 1950s, few musical instruments are as expressive or as versatile. Suitable for all ages, join guitar teachers Mete Ege & Magdy Abdel-Rehim for a 30 minute one-to-one lesson.

Bass: A bass guitarist can completely transform how a band sounds. And, as bands such as Royal Blood are proving, there's no need for the bass to be in the background. Suitable for all ages, join bass teacher Luigi Casanova for a 30 minute one-to-one lesson. 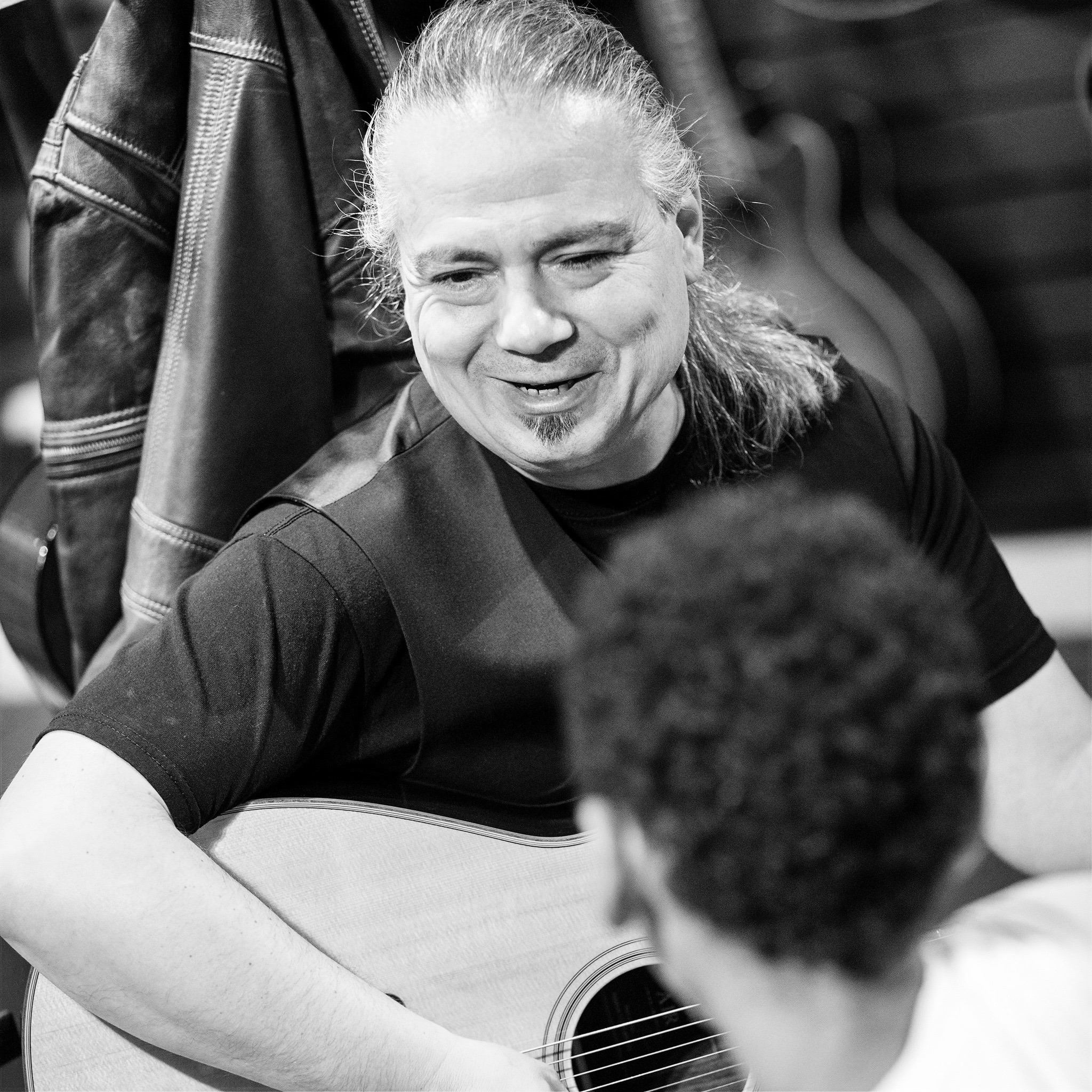 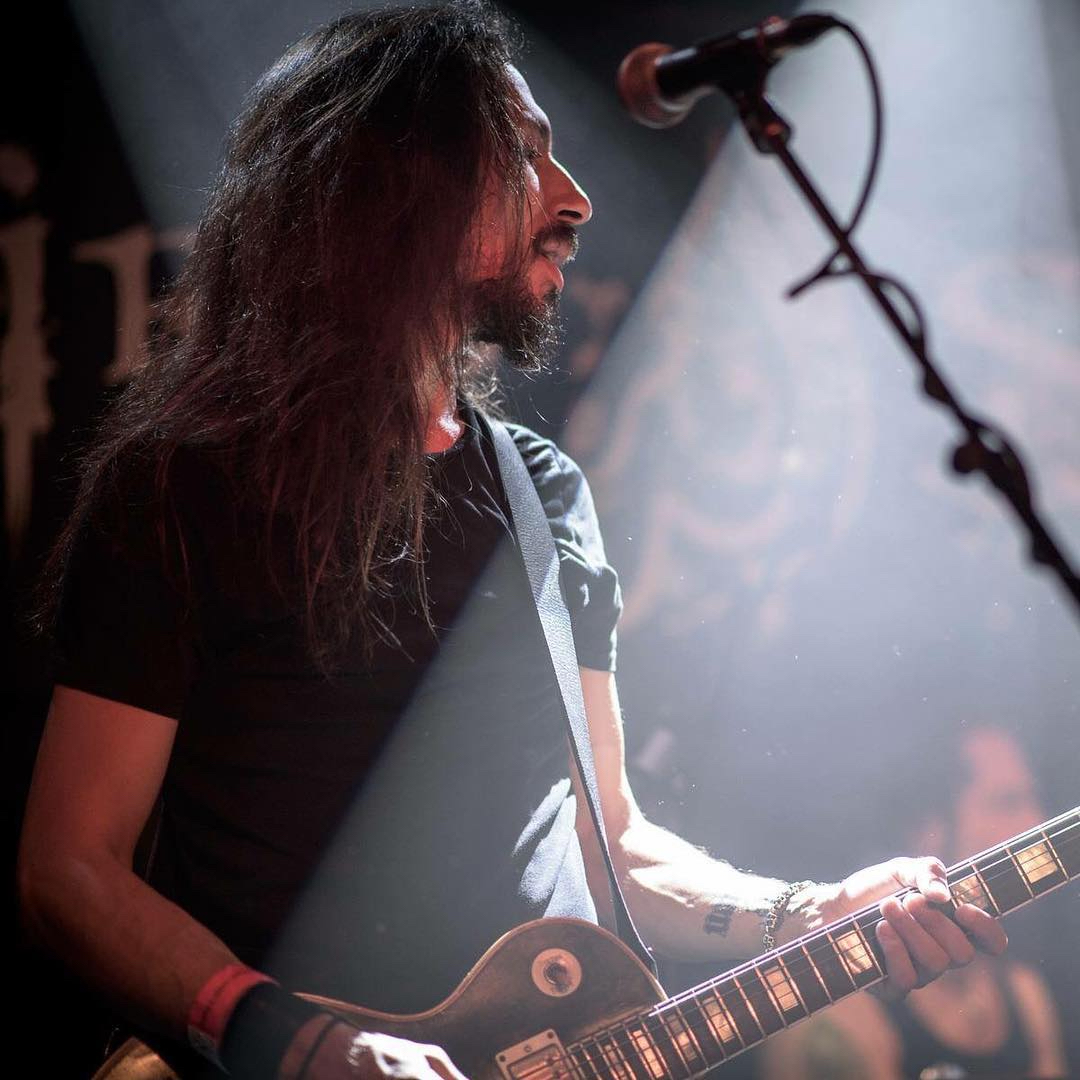 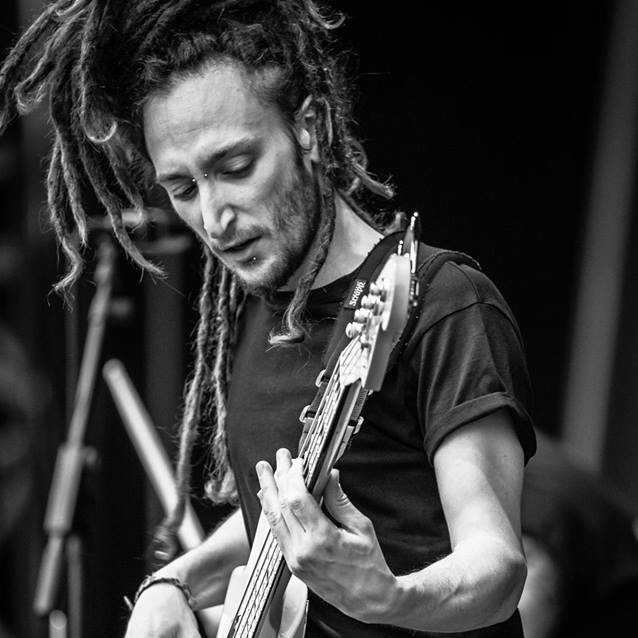 Mete is a London based guitarist, composer and educator. He worked with/for many broadcast, record companies and artists including George Michael with whom he shared chart success.

His band London Blusionâs last album was picked up by IBBA as the best Blues album in June 2018. The single âOne Skinâ, on which Mete played guitar, co-composed and arranged, was short listed for FYC Grammy Nominations in 2021.

Mete has been teaching guitar, music theory and digital music at many schools since 1992. He is currently running the ASP Guitar and Digital Music classes at ASL.

Magdy is a guitarist, singer and teacher from London. He worked at BBC on sound and at MGW as a guitar teacher for many years.

Magdy is also the founder, front man and composer of the highly acclaimed rock band Cairo Son. Magdy still regularly performs at well noted venues in London and UK, records for many projects and teaches acoustic and electric guitar.

Luigi is a sought after bass player and a teacher. He graduated from ACM in Guildford with a First Class BA degree.

He became part of Joanne Shaw Taylorâs band in 2016 and toured UK, Europe, USA and Japan, both as headliner and support act for Joe Bonamassa, Glenn Hughes, Jeff Beck, Ringo Starr, Foreigner, YES and Supertramp, and participated in TV shows such as âLater... with Jools Hollandâ and Vintage TV live at Metropolis studio. 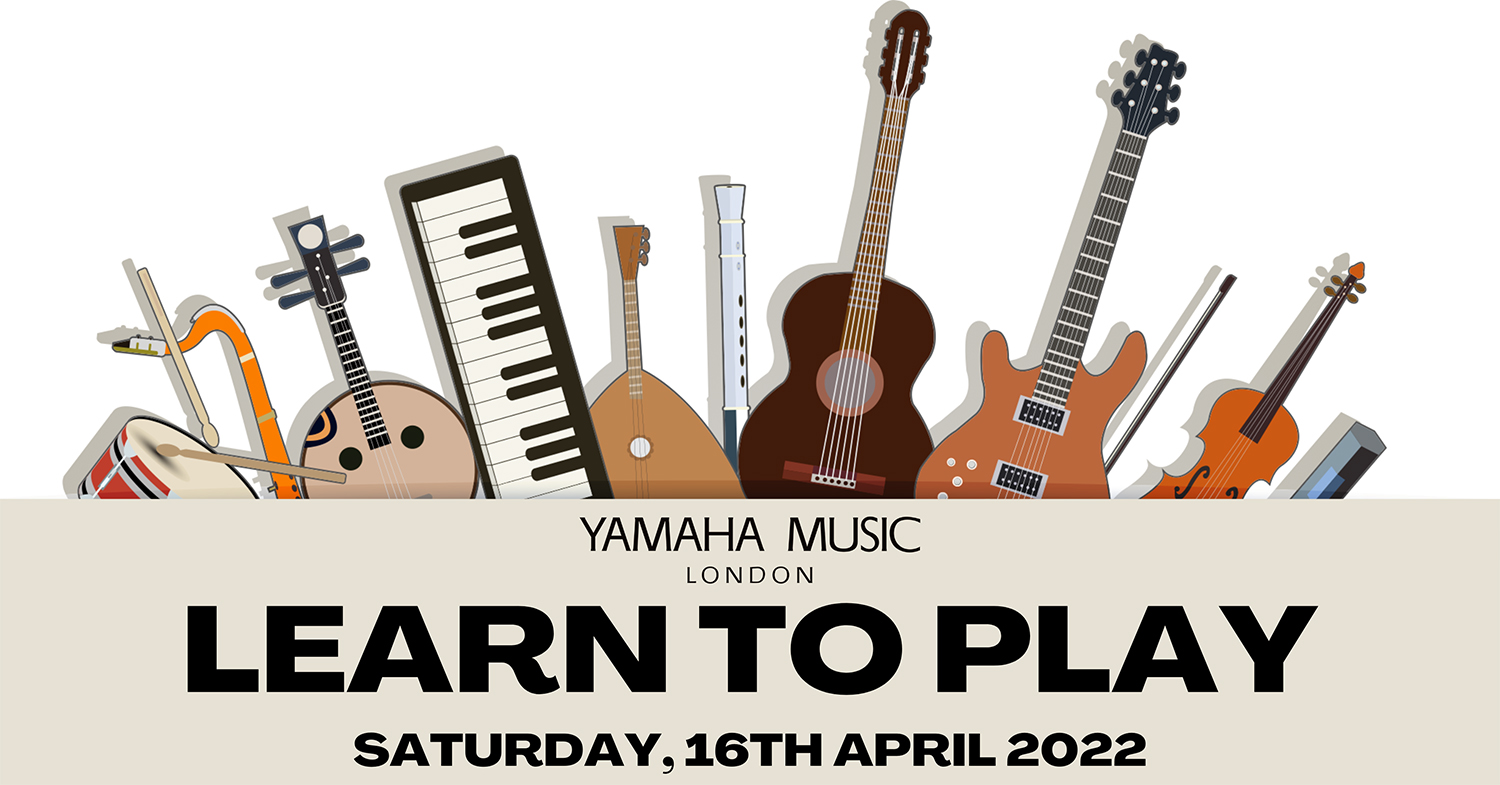 Learn to Play with Yamaha

Spring is on the way and Yamaha Music London, the iconic music store in the heart of Londonâs buzzing music and theatreland is inviting everyone, to drop by the Wardour Street store this Easter weekend, on Saturday, 16 April 2022 from 10.30 am â 4.30 pm to try out 1-2-1 thirty-minute taster music sessions with Yamahaâs team of experienced, pro teachers â for FREE!

So, whether youâve never played or you used to play, donât miss this cracking opportunity! 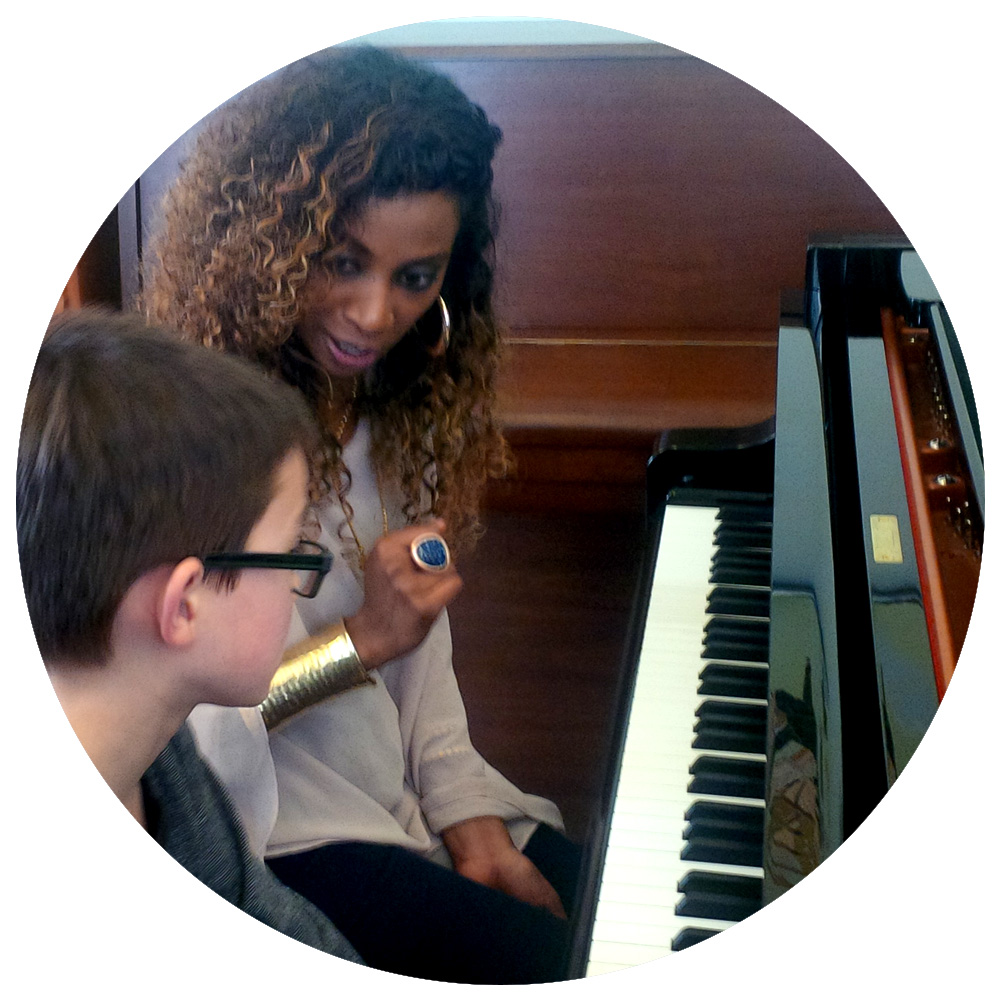 Few things beat the feeling and sensation of playing and mastering an upright or grand piano. 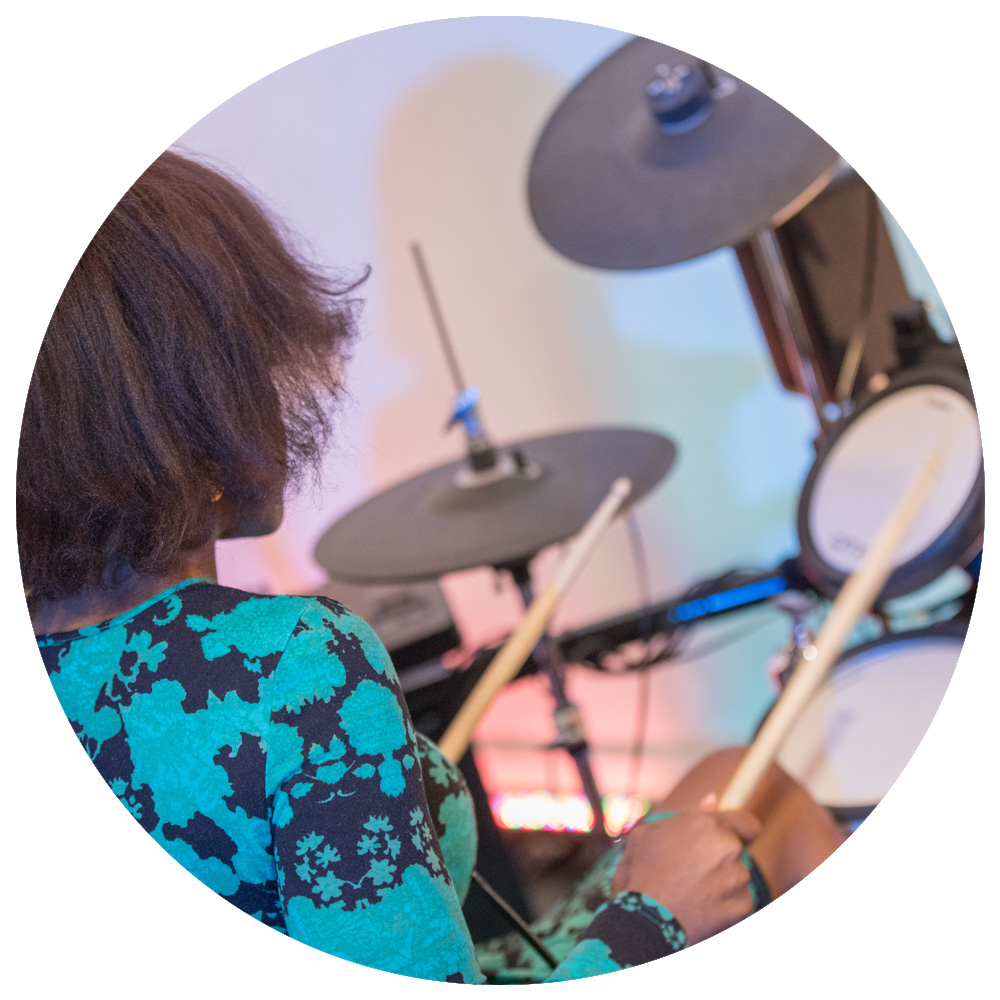 A drummer has the ability to turn a good band into a great one. 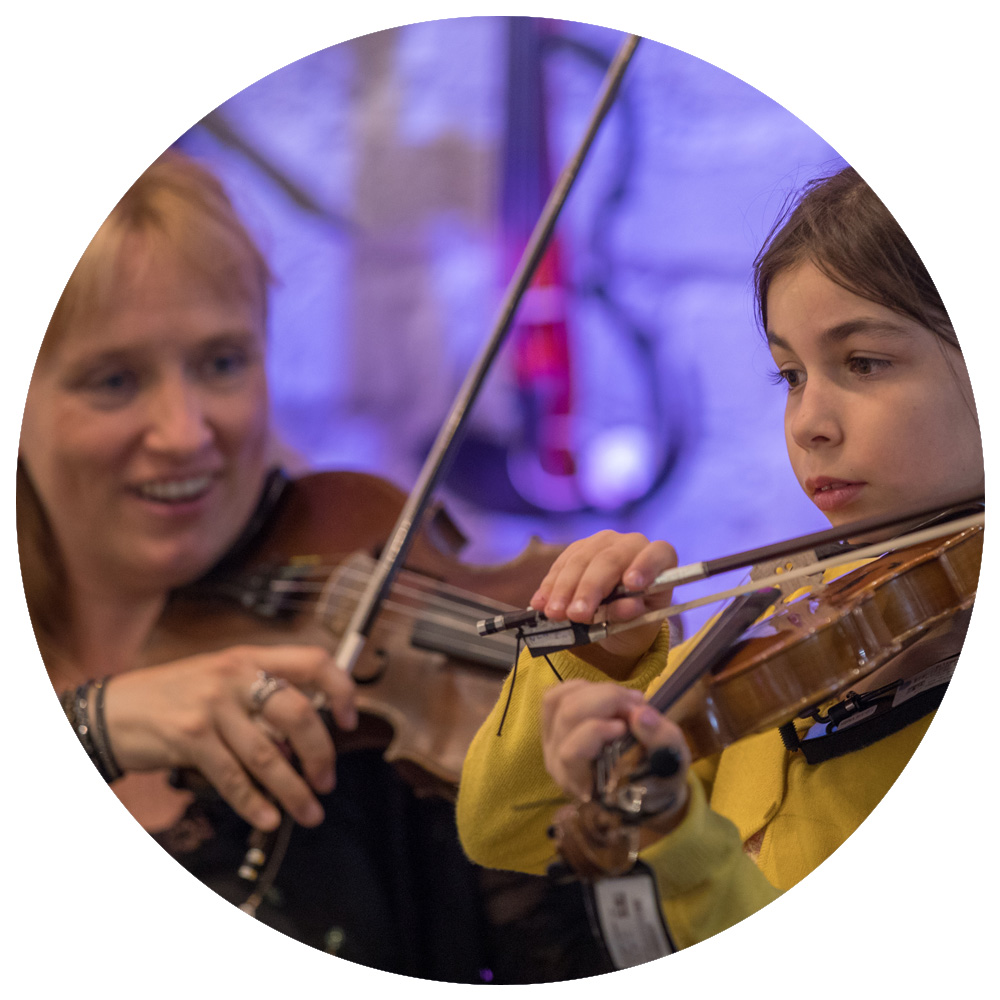 No other instrument can take you from leading an orchestra to driving a country hoedown. 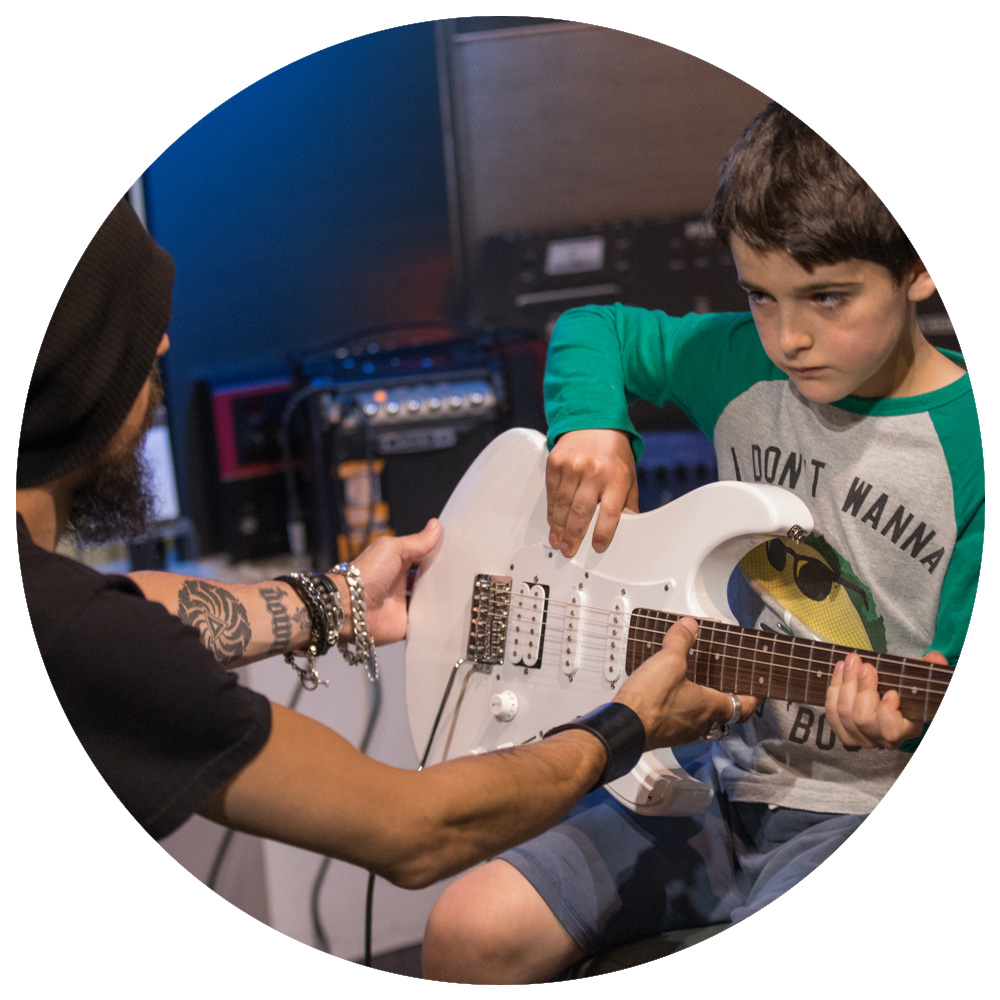 No other instrument has had such a profound effect on modern music. 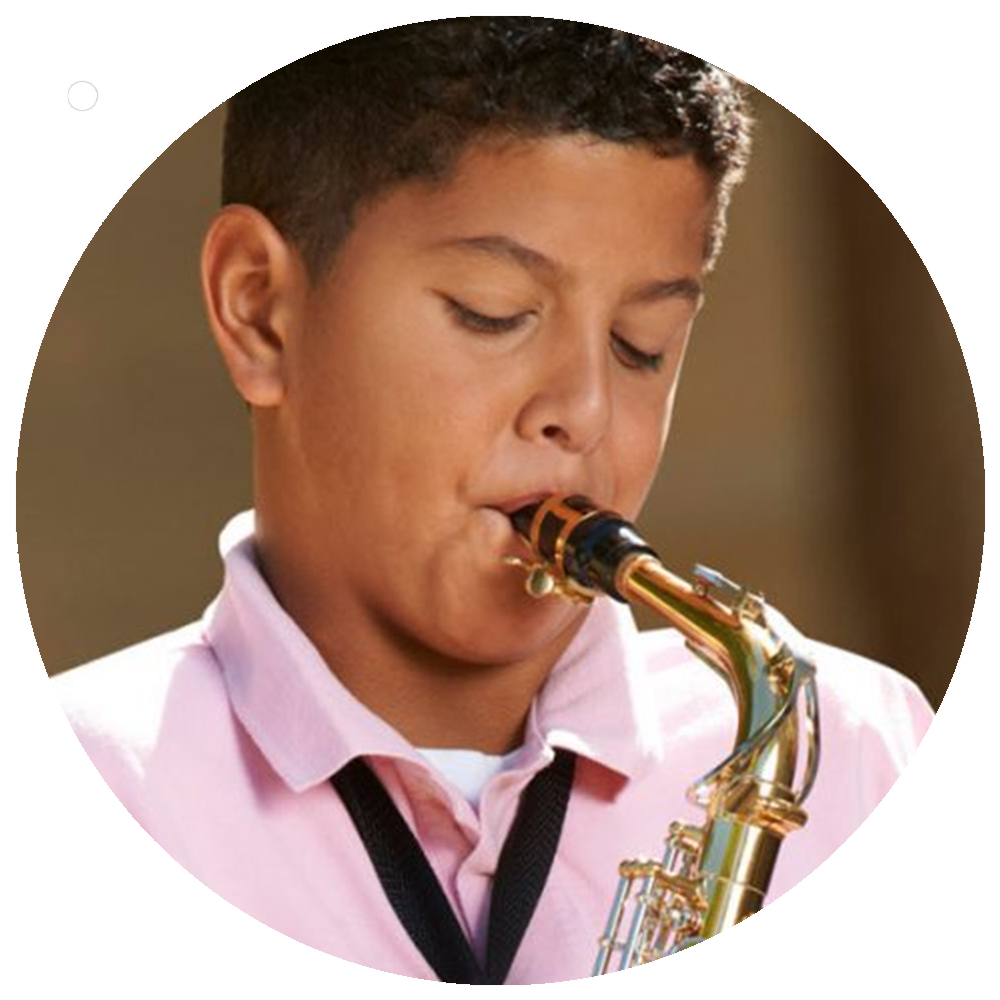 Everyone loves the sound of the sax, and this is your chance to play one. 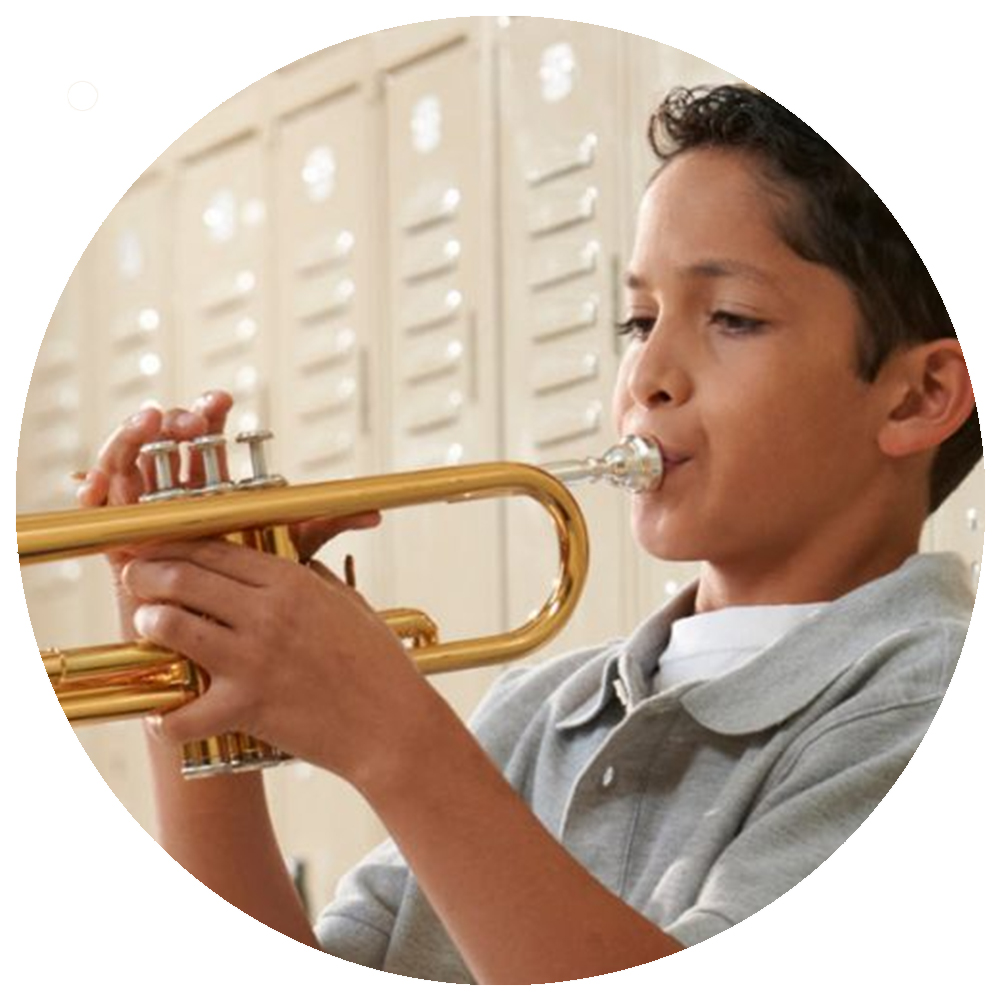 The trumpet is the highest pitched and most popular instrument in the brass family.

Please note all children attending aged 14 and under must be accompanied by at least one adult over the age of 18. Children must remain under the adultâs supervision at all times. The welfare and safety of all children therefore remains the full responsibility of the parent/guardian attending the event and not of Yamaha Music London staff.

LIABILITY: Yamaha Music London will not be liable for any injuries, loss of personal possessions, other losses or damage of any kind. We will not be liable or responsible for cancellation due to an event outside our control e.g. severe weather conditions, fire, flood, an unexpected black out, electricity failure. If this happens, we will attempt to provide an alternative visiting time for you but this cannot be guaranteed.

We would like to draw your attention to the fact that photographs and film footage will be taken at this event for use on our website, print media and social media channels. If you would prefer not to be filmed please notify us in advance of the event at customerservices@yamahamusiclondon.com or inform the in-store photographer/cameraman.