Hear the piano like never before. Performing on our highly acclaimed Silent Piano - a true acoustic piano with our pioneering Silent Technology - only by listening through the wireless headphones provided will you be able to hear the playing of remarkable pianist Andrew Zolinsky.

A master of classical and contemporary piano performance, Zolinsky's performances are captivating. Usually in the company of the Royal Philharmonic Orchestra or his group Icebreaker, this is a rare opportunity to see Zolinsky perform solo in what promises to be a mesmerising event.

Whilst the performance will be 100% Zolinsky, the sound you'll hear is that of the world-class CFX Concert Grand - a grand piano 19 years in the making with stunning clarity and pureness of tone. Places are limited and sure to fill up fast; book your free place now to avoid disappointment. 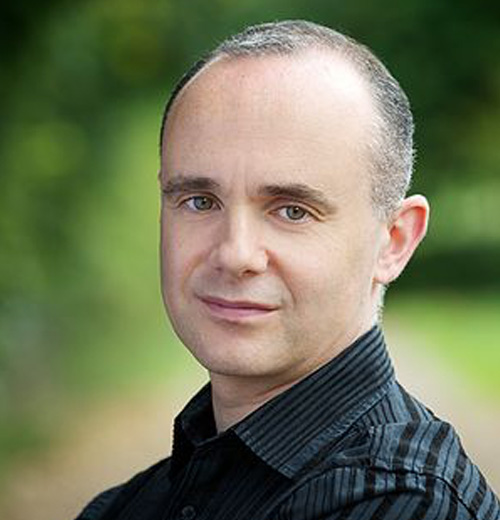 Pianist Andrew Zolinsky is one of the most distinctive musical voices of his generation. His unique style of programming and his individual interpretations have secured performances at many prestigious venues and festivals. His work with living composers brings a vivid freshness, energy and passion to his interpretations of music from previous eras.

In the contemporary field, he is closely associated with the music of Unsuk Chin, James Clarke, Laurence Crane, Ivan Fedele, Michael Finnissy, David Lang, Valentin Silvestrov. Andrew has given world and regional premieres of many of David Langâs works, including, the world premiere in New York of the complete set of Memory pieces, and the Piano Concerto, Fur, commissioned by the BBC, at the Vale of Glamorgan Festival with the BBC National Orchestra of Wales conducted by Grant Llewellyn.

Andrew is also very closely associated with the music of Unsuk Chin. He has performed her complete Etudes for solo piano on many occasions, including the French (Festival Musica in Strasbourg), London (Wigmore hall) and Italian (Venice Biennale) premieres. Andrew also gave the London premiÃ¨re of her Piano Concerto with the BBC Symphony Orchestra conducted by Miguel Harth-Bedoya. As part of the BBCâs âTotal immersionâ series in 2011, Andrew gave the UK premiere of the Double Concerto with percussionist Owen Gunnell and the London Sinfonietta conducted by Stefan Asbury at the Barbican Centre. At Unsuk Chinâs request, he was invited to perform her Piano Concerto and a recital that included her Six Etudes alongside music by Debussy, Chopin and Ligeti at the prestigious French festival, Acanthes.

Andrew has performed at the Royal Festival Hall in London (Gerard Griseyâs Vortex temporum with members of the Philharmonia orchestra conducted by Pascal Rophe), USA, the Venice Biennale and the Huddersfield Contemporary Music Festival. In November 2013, Andrew made his debut in the International Piano series at Londonâs Southbank Centre; this recital also formed part of the Southbank centreâs fascinating series, The Rest is Noise. Earlier that month, he made his debut at the Palau de la musica in Valencia with a programme of music by Beethoven, Liszt and Schumann. In 2014, Andrew played in the prestigious Piano Rarities Festival in Husum, Germany, recitals in New York at the Brooklyn Academy of Music, and in November 2014 at the Royal Festival Hall, London, Andrew gave the UK premiere of âGesualdo dub/raum mit gelÃ¶schter figurâ by Marko Nikodijevic, with the Philharmonia orchestra conducted by Baldur BrÃ¶nnimann. This concert was part of the Philharmoniaâs Music of Today series.

More recently, Andrew has performed in Lithuania, Spain and Taiwan. As passionate about teaching as he is about performing, Andrew is professor of piano and is also in charge of a Masters level specialism in contemporary piano music.