Hear the piano like never before. Performing on our highly acclaimed Silent Piano - a true acoustic piano with our pioneering Silent Technology - only by listening through the wireless headphones provided will you be able to hear the playing of virtuoso pianist Anna Geniushene.

A virtuoso pianist, Geniushene has won prizes at many prestigious piano competitions - winning three in this year alone. Experience her performances like never before in the Silent Session.

Whilst the performance will be 100% Geniushene, the sound you'll hear is that of the world-class CFX Concert Grand - a grand piano 19 years in the making with stunning clarity and pureness of tone. Places are limited and sure to fill up fast; book your free place now to avoid disappointment. 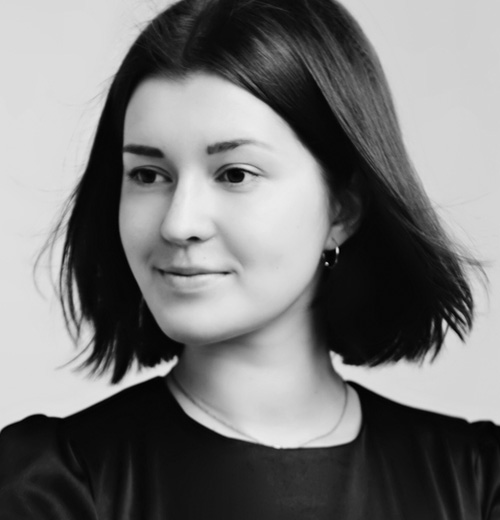 Born in January 1991 in Moscow, Anna Geniushene commenced her Master of Arts degree at the Royal Academy of Music, studying under Professor Emeritus Christopher Elton. She is generously supported by the ABRSM Scholarship and the English-Speaking Union.

Geniushene graduated from the Moscow State Conservatory, where she gained her Bachelorâs degree under Elena Kuznetsova. Since the age of eight, she has been actively involved in the cultural life of Moscow: her early musical achievements included second prize at the Shostakovich Music Competition (1998), as well as the Grand Prix at the BlÃ¼tner International Piano Competition in Kaliningrad (2006).

The year of 2017 has become a very prosperous for Geniushene â she received three prizes in a row at the different competitions such as Mauro Monopoli Prize (second prize, Italy) and Sheepdrove Intercollegiate Competition (first prize/audience prize, Newbury). Her recent major achievement includes Third prize, Junior Academy Prize and Chamber Music Prize at Feruccio Busoni International Piano Competition (Bolzano/Bozen,Italy, 2017), one of the oldest competitions in the world.

Geniushene is delighted to have featured several times in the encyclopedia A Talented Youth; The Future of Russia (2010). She is actively involved in promoting Russian culture throughout the world: she was elected as a representative of the Moscow State Conservatory and has taken part in the Kyoto International Music Students Festival in Japan in 2014. In the autumn of 2015 Geniushene became a soloist at the St Petersburg House of Music, having received an invitation to play in several concerts throughout Russia.

Geniushene has already performed in concert halls such as Great Hall of Moscow Conservatory, making her debut with famed Tchaikovsky Piano Concerto no.1, the Konzerthaus âNeue Weltâ , Schumann's Haus in Zwickau and Chamber Hall of Berliner Philarmoniein Berlin, Germany. Her Evening Recital at Wigmore Hall, one of the most prestigious stages in the world, was highly acclaimed by the audience and international critics.

In 2017 Geniushene was selected as a participant of the International Musicians Seminar Prussia Cove where she was tutored by renowned artists Ferenc Rados and Rita Wagner as well as a world-leading pianist Kirill Gerstein. She regularly takes part in masterclasses and collaborates with such renowned artists as Imogen Cooper, Klaus Hellwig, Pascal Devoyon, Pascal Roge, Pavel Nersessian, Alexandre Rabinovitch, Alexander Sandler, Haenk Gouttard, Steven Osborne.

Being a versatile musician, Geniushene is a keen player of chamber music. She often plays with her husband, acclaimed pianist Lukas Geniusas, and runs her own NikoMusicCollection Festival in Moscow.